Google Algorithm Updates and What You Need to Know

What is a Google algorithm update?

A new core Google algorithm update can come with surprising changes. Current rankings can tank after algorithm updates can negatively impact, even those that you thought were safe . While Google does sometimes issue warnings. However, it’s hard to predict precisely how a specific update will play out once it’s released. Sometimes companies don’t know what hit them even as the ground beneath their feet shakes. 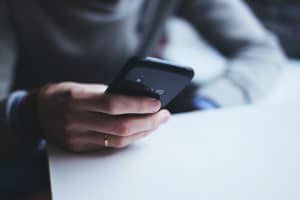 Unfortunately, once you’ve been hit with a penalty — which is more technically correct than an algorithmic update — it’s not easy to recover your old rankings and traffic. You can’t make a few tweaks to your site and expect things to go back to normal right away. It could take weeks or even months to move up the rankings again.

SEO take time, so plan ahead

Prepared for such possibilities to give you an advantage following the next update. However, there are plenty of things you can do to protect yourself from having your traffic and rankings knocked down by an algorithm update.

Google algorithm updates aren’t everyday occurrences. Google has always been dedicated to providing the best possible experience for its users. In their quest to do so, your website may receive some collateral damage. The update might target spam-focused or nefarious websites. Also, it could improve overall relevance and quality. Either way, the effect feels the same as if your organic traffic was adversely affected. You can protect against many issues by following Google’s Webmaster Guidelines and keeping up with the best practices in SEO, but increasingly, businesses are finding that it’s not enough.

Legitimate companies will get caught up in the storm as well. Unawareness of white hat SEO in all of its complexity and subtleties is no excuse.

How can this affect my SEO?

If an algorithm update has never affected your website, it’s a mistake to think that it won’t ever happen. Tactics that previously worked — whether blind spots, technical glitches, or loopholes — may become violations after Google implements their algorithm changes. Don’t let yourself take a hit because you cut corners in the past.

A well-known example of this is the August 2018 “Medic” update. The update got the name because the sites that were most affected were in the health and wellness field. The update affected thousands of websites that offered financial and medical advice. Previously, it was not an issue to give advice about major life decisions that affected health, finance, and other vital issues, even if you didn’t have background and training. Post-Medic update, it would do well for any website owner in these fields to seek out help and contributions from known experts in the field. Otherwise, to build up a solid, industry-specific resume of one’s own.

While core updates occur several times a year, Google is continually releasing more minor updates. Google has disclosed that they sometimes release as many as several updates per day. Therefore, there could be hundreds or even thousands of updates per year that SEO specialists don’t even take notice of.

Undoubtedly, most of the smaller updates are not very likely to affect your website. Although it is interesting to notice that the utter frequency of these updates means the Google algorithm itself is often in a constant state of flux. Tweaking of ranking factors commonly occurs. The message here is that you should never take your rankings for granted.

Stay up to date on best practices

First, be proactive about assuring that your site runs in line with Google’s guidelines and uses the newest “best practices.” This should go without stating, but you’ll want to avoid doing anything even somewhat dishonest. I’m talking about automatically making content, scraping content from sites, or using sneaky redirects.

Never purchase links and make sure never to stuff content with keywords. Each of these should be common sense. Although, there are still a few people out there that think they can deceive Google. Good luck with that, though! “Aggressive” tactics don’t work and are a waste of your time. Simply avoid shortcuts.

Next, make sure your business is in order from a technical SEO viewpoint. Your website should load quickly. Easy crawling and indexing by Google also help. You should apply XML sitemaps and a robots.txt file on the back end of your website, and they need to be appropriately formatted and carry all the correct data. Audit your site for SEO faults and duplicate content regularly.

Focus on building your authority

At the very least, this means producing great content. Although, it should go beyond that and incorporate publishing in esteemed industry journals, presenting at conventions, creating a buzz in the media. Similarly, having well-known experts contribute to your website or appear on your podcast. The more respected your brand is, the less likely the Google algorithm will think of you as a spam site.

Use the right tools

Similarly, several tools monitor Google’s activity. If you see suspicious traffic variations on your site, you can compare it against one of these tools to see if it corresponds to an update. You should also follow Google’s Search Liaison account on Twitter, which routinely posts data about algorithm updates.

To those with limited to no understanding of SEO, this may look like a lot of added work. In actuality, it comes out to a small amount of monthly maintenance to keep things operating smoothly. Assume your website was a hard copy publication or newspaper. You wouldn’t think twice about spending on maintenance for your printer to avoid stoppages or poor-quality printing. Likewise, your site is a tool to get your proposal in front of as many customers as possible. Moreover, when it comes to Google algorithmic updates, preventative measures work best.

For more information, contact NuStream today to find out more about what we can do to help you transition through Google algorithm updates!

Please Fill In The Short Form Below And We Will Contact You Shortly.